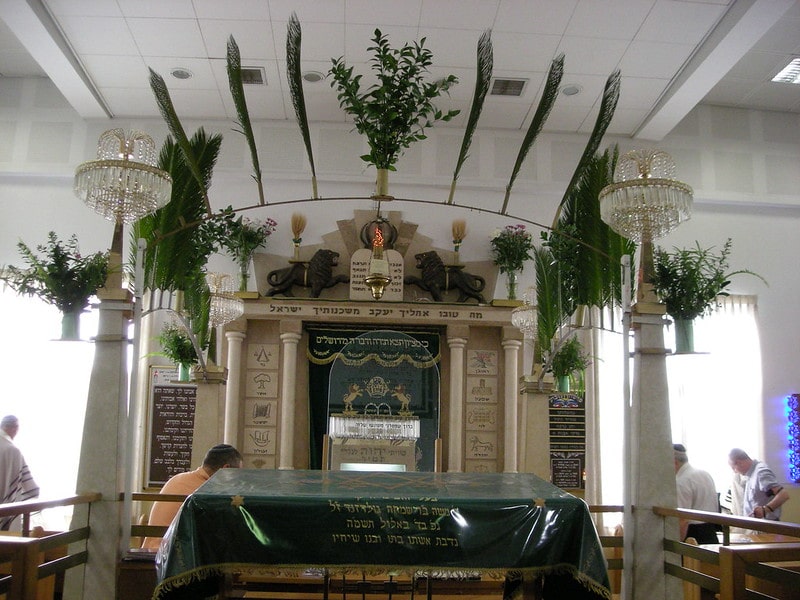 Shavuot is a wonderful example of a festival which has gone through changes and historical developments. When the festival appears in Leviticus 23, it has no date, being only the fiftieth day after Pesach. It also has no name and is lacking in the kind of historical explanation given to some of the other Jewish festivals. However, in Exodus24:16, it is identified with the harvest of the first fruits, and in Deuteronomy 16:10, it is given a name, Shavuot, the Feast of Weeks. The rabbis in the Mishnah added another name: “Atzeret,” from the root la’atzor, literally “to stop,” indicating that this festival was intended to be the conclusion and culmination of Pesach.

“In what sense does Shavuot complement Passover? It completes the celebration of the exodus by rejoicing in the great bounty which the land, blessed by the Almighty, had given. On Passover one dwelt on the oppression and slavery of the past. In the seven weeks which followed, one was busy harvesting barley and wheat. On Shavuot the Jewish farmer could pause to give voice to his joy in his current prosperity.” (Abraham Bloch, The Biblical and Historical Background of the Jewish Holidays, New York: Ktav,1978, p. 183)

As a ritual expression of joy, the farmer would bring the first fruits of his harvest to the High Priest and recite the statement found in Deuteronomy 26: 5-10, a kind of outline of the early history of the Hebrew people. During Rabbinic times, a new significance was given to this festival: using various clues in the Biblical text, the rabbis computed that the day on which the Torah was given at Mt. Sinai must have been the 6th of the Hebrew month of Sivan. That would put the Revelation on exactly the 50th day after the Exodus. Christians similarly observe a festival of revelation 50 days after Easter, namely Pentecost, the feast of the Giving of the Spirit.) Again, this would offer another meaning to the completion of Pesach: the Hebrews stopped being slaves unto Pharaoh so that they could be servants of the Lord. True freedom comes when there is a social code by which to live. In a society without law, might makes right. In a society based on Torah as its Law, there can be protection for the rights of the widow, the orphan, the poor and the stranger. Especially when the majority of the Jewish people lived in Exile from the Land, the Torah theme of Shavuot overshadowed the Land theme. Originally, the Jewish mystics and then all the students of Torah within the Jewish community adopted a festival practice of staying up all night on Shavuot and learning the sacred texts. This practice is known as Tikun leyl Shavuot. It is then customary to pray the morning prayer at sunrise. (In post-1967 Jerusalem, tens of thousands flock to the Western Wall for the sunrise service.)

The vestige in the Diaspora, as well as in synagogues all over the world, including Israel, of the agricultural meaning of Shavuot, consists largely of decorating homes and synagogues with flowers and leaves. In many communities, it also became customary on this occasion to read the Book of Ruth. Ruth was seen as the first convert to Judaism, someone who accepted upon herself the Commandments (as the entire people had done at Sinai.) She also was seen as the embodiment of all the categories that needed special protection: the widow, the orphan, the poor and the stranger. Her story takes place during the harvest period and illustrates the agricultural commandments that have deep social significance—e.g., leaving the corners of the field for the gleaners.

In the early 20th century, Zionist pioneers returning to the Land de-emphasized the Torah aspects of the festival and revived the ancient practice of Bikkurim, the First Fruits. For many years, this was the highlight of the festival on secular kibbutzim—an impressive parade of the past year’s accomplishments in agriculture and industry, together with the community’s newborn children. Many Israelis from the urban centers would visit the kibbutzim on Shavuot in order to experience these ceremonies, which were often accompanied by folk singing and dancing, but devoid of any religious content. Recently, however, especially with the increasing privatization of the kibbutzim and the declining importance of agriculture, there has been a decline in the agricultural celebrations, together with a return to the all-night study sessions, in both religious and secular communities. For Jews who don’t fancy learning texts all night, the main custom of Shavuot is eating dairy delicacies, such as cheesecake, borekas and cheese-filled pancakes. This is because the festival celebrates two things which traditionally have been compared to milk and honey—the Land of Israel (…”it flows with milk and honey…”Numbers 13:27) and the Torah (“nourishing as milk, sweet as honey,” according to a Midrash). Some children also have the practice of dousing each other with cold water on this festival, as the Torah has also been compared with “living waters”. Since Shavuot often marks the transition into the hot, dry season, being doused with cold water may not be such a bad thing!