Scroll down to view upcoming and past public events, newsletters, and short articles on topics related to interreligious relations and dialogue.

Christianity & Christians in the Jewish State

The annual lecture in memory of Daniel Rossing and on the occasion of Dr. Amnon Ramon's new book: "Christianity & Christians in the Jewish State". 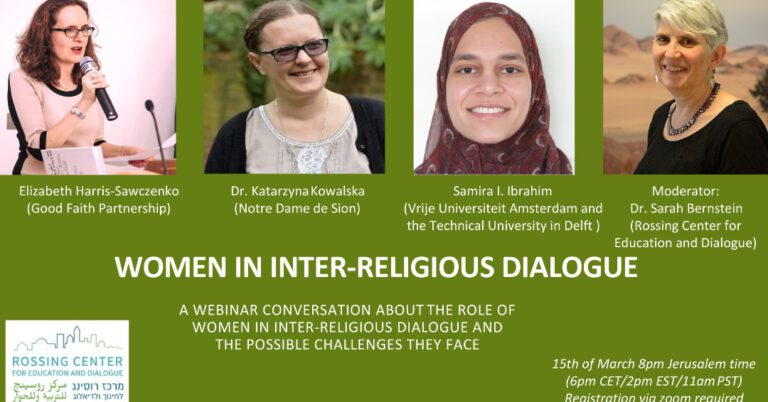 Join our conversation about women in inter-religious dialogue. We will discuss the unique perspective and values they bring to the field as well as the challenges they face. 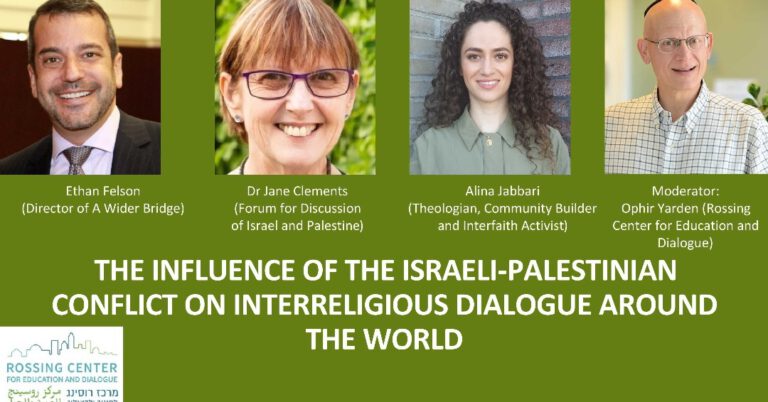 Don't miss this informing discussion on the influence of the Israeli-Palestinian conflict on interreligious dialogue around the world.

At the beginning of the school year, both parents and children are eager to find out who their homeroom teacher will be, particularly in grade school. This year, one appointment reached the national news……

If the coronavirus has taught us anything, it is that we are all equally human and vulnerable. Let us learn from this lesson to not …

The Balfour Declaration: From Imagining a State to Re-imagining Majority-Minority Relations in Jewish Thought and the Jewish State

By Ophir Yarden, ADAShA program director Read the full article at Academia.edu To the full book: Religious Imaginations: How Narratives of Faith are Shaping Today’s World, …

Why Should Jews Learn About Christianity?

By Hana Bendcowsky, JCJCR Program Director   In order to create an inclusive society, it is important for everyone to have some basic knowledge about …

Cynicism is the Name of the Game in Jerusalem

By Maayan Raveh*   The Jerusalem Municipality and the State of Israel recently took action against the Churches in the capital. In response, the Churches …

Why Was the Church of the Holy Sepulcher Closed?

What is the background to the crisis in the relations between Israel and the heads of the Churches in Jerusalem? Dr. Amnon Ramon, Jerusalem Institute …

By Lorne Anderson   I thought I had a comprehensive handle on interfaith relationships. I had established the Interfaith Project with the Multi-Faith Chaplaincy center … 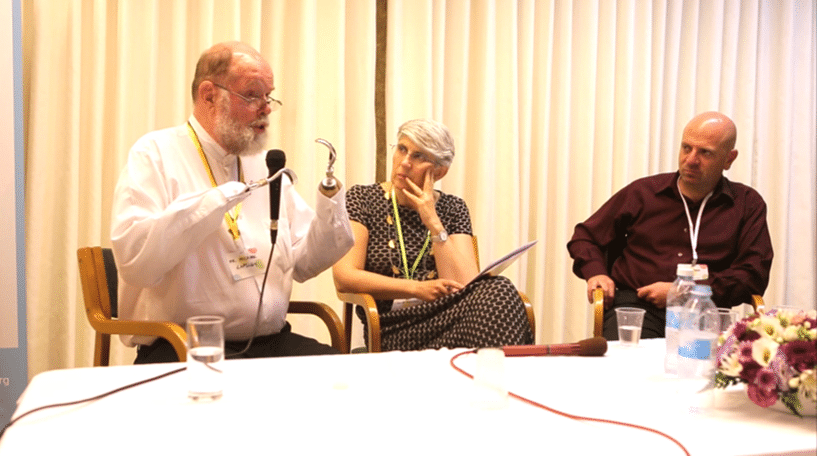 Summary and videos of the 2nd International Conference of Spiritual Care on Healing Hatred, held in Jerusalem, Bethlehem and Bet Jala in July 2017

Our 2020 Annual report is now available If you want to see what we’ve been up to this last year, click here for the PDF version

Our 2019 Annual report is now available If you want to see what we’ve been up to this last year, click here for the PDF version, …

Our 2020 Annual report is now available If you want to see what we’ve been up to this last year, click here for the PDF version, …