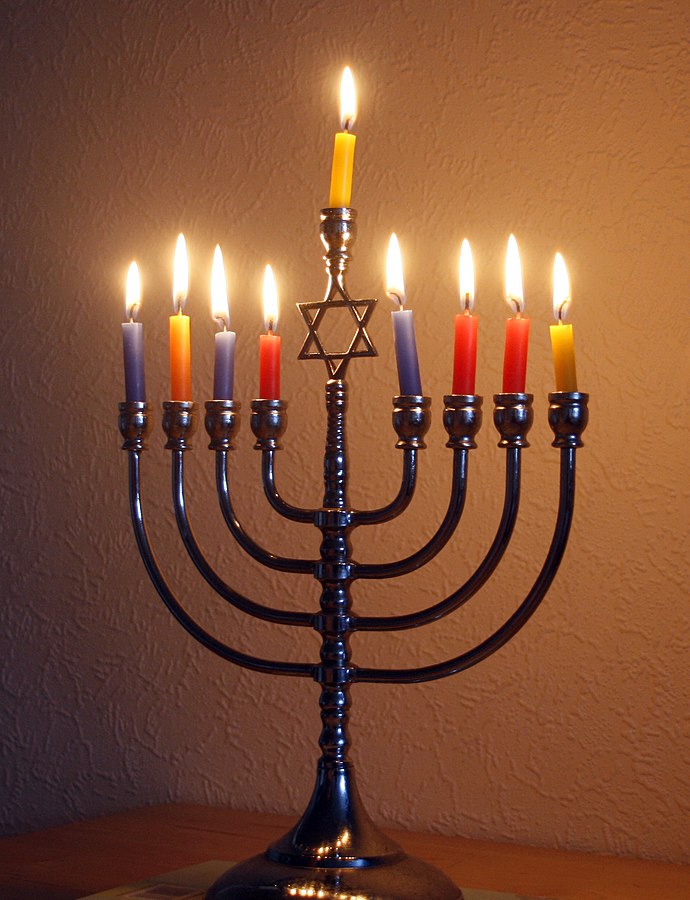 Hanukkah begins on the 25th of the month of Kislev and continues for eight days, into Tevet. Like Purim, it is a festival of Rabbinic origin. Thus, while there are certain religious commandments obligatory on those days (on Hanukkah, most prominently, the lighting of candles,) there are no prohibitions on work, travel, and so on. In Israel, the schools are closed, but most people will work on these days.

Like other festivals, the meanings of Hanukkah are multi-layered. Historically, the festival commemorates the successful revolt of the Hasmonean family, led by Judah the Maccabee, against a foreign occupying power, the Syrian-Greeks, led by Antiochus Epiphanes. The foreign conquerors desecrated the Holy Temple in Jerusalem and ordered many decrees against Jewish practices. Following their decrees threatened the survival of Jewish faith. The revolt also involved an element of an internal struggle within the Jewish community, against certain trends of assimilation and emulation of Greek culture. The fighting lasted for about three years, and on the 25th of Kislev, 164 BCE, the forces known as “the Maccabees” liberated Jerusalem and made their way into the defiled Temple. According to a traditional legend, when they wanted to rekindle the ritual candelabrum that stood in the Temple, they found a small cruse of oil that would last only one day. It would take eight days to travel to where they could get more oil and then bring it back to Jerusalem. (This is the time of the olive harvest, so oil would be available.) Miraculously, the small cruse of oil actually lasted for the full eight days until more oil was brought from the village.

That miracle of the cruse of oil became a symbol for the power of a small nation to survive and overcome its enemies. The name of the festival, which literally means “dedication,” refers to the re-dedication of the Temple during this period. It is celebrated as the Festival of Lights, for eight days of joy and thanksgiving to God.

Many different groups within the Jewish people approach the festival of Hanukkah with more contemporary interpretations. The secular Zionists emphasized the military victories and some of the youth movements or even Army units to this day organize hikes “in the footsteps of the Maccabees.” Liberal Jews see in Hanukkah an early expression of religious freedom and the right to be different, or even to overthrow a foreign power. Some Orthodox Jews interpret the light of Hanukkah as a metaphor for Torah study, noting that this Hebrew word for “dedication” has the same root as chinuch, “education.”

One of the paradoxical aspects of Hanukkah is that traditional Jewish culture did, in fact, absorb a great deal of Greek influence. The rabbinical court was called the Sanhedrin, a Greek word, and Greek concepts and philosophical methods were incorporated in the Talmud. Most modern Jews certainly value two institutions of Greek origin—democracy and theater.

Perhaps the most ironic example is that one of the ancient Greek practices that was found to be most problematic by the Rabbis was the athletic contests, highlighted by the Olympics Games. Since the athletes usually competed in the nude, Jews who wished to participate sometimes had special procedures performed on their genitals to reverse the circumcision, so that they would not be recognized as Jews. But today, the worldwide Jewish Olympics are called the “Maccabiah.” Would Judah the Maccabee approve? What is the dividing line between acculturation and assimilation? How open can Jews be to foreign influences without losing their sense of identity?

These are all questions that arise on Hanukkah. But for most Jews, both religious and secular, Hanukkah is one of their favorite festivals, without all of this educational-ideological “baggage.” What draws them to the festival most likely are the candle-lighting ceremonies, with the family gathered around a candelabrum known as a Hanukiyah. Each night for eight nights, candles are lit, in ascending order: one the first night, two the second night, etc. up until eight the last night. The ceremonies are accompanied with blessings, songs, games for the children, special delicacies, and, traditionally, the distribution of coins. Recently, especially in Western communities, the practice has arisen of giving Hanukkah gifts, probably under the influence of Christmas gift giving. The delicacies vary from community to community—in Israel, jelly doughnuts called sufganiyot (known as “Berliners” in Germany); in Europe,potato pancakes; in North Africa, fried, salty s’fins. What is common to all of these foods is that they are all made with oil, in memory of the miracle.

Interestingly, like the other Jewish festivals, Hanukkah, too, has a seasonal connection. It is a festival of light at the darkest time of the solar year (near the winter solstice) as well as the darkest time of the lunar month (from the 25th of one month to the 3rd of the next one—in other words, no moonlight.) Many societies have feasts of light at this time of the year. In pagan cultures from Egypt to Persia, this period of the year is associated with the birth of the sun god or goddess. We believe in the one God, Creator of all, so we celebrate the natural order He established: in the winter, we have the shortest days of the year until that stage of the process ends and once again, the light returns. The victory of light over darkness thus becomes a symbol for hope, faith and our prayer for a better world.

Although one can always “get by” with Chag Sameach, “happy holiday”, the appropriate greeting for Hanukkah is chag urim sameach, “a joyous festival of light.”

Sources for further Bible study: The Books of the Maccabees are not included in the Jewish Biblical canon. They are part of the Apocryphal literature. However, these books do appear in many Christian editions of the Scriptures.