Why Should Jews Learn About Christianity?

In order to create an inclusive society, it is important for everyone to have some basic knowledge about and respect for other religious groups who are part of our society. This understanding both improves our relations with other communities but also helps us understand more about our own faith and traditions. Christianity, for example, has been a dominant presence in much of the Jewish past. For two thousand years – in good times and in bad- Jews have lived among Christians and Judaism has developed and been shaped by these on-going influences and relations.  These interactions have helped shape Jewish history, political and even religious life. Thus, a full understanding of Jewish texts, history and literature is dependent upon a basic understanding of Christianity.  Furthermore, the history and culture of the Western world are intrinsically connected to Christian thought and liturgy.  Therefore, an understanding of Christianity, helps Jews to understand both themselves and the world in which they live.

But relations with Christians aren’t just confined to history; they are part of the Israeli Jewish present.  According to official statistics some 170,000 Israeli citizens are Christian, of whom about 80% are Arab Palestinian. The Palestinian Christian citizens of Israel are an integral part of Arab villages and towns in the Galilee and the center of the country. This number does not include immigrants from the former Soviet Union who are practicing Christians or indeed Messianic Jews who are regarded by mainstream Israeli society as Christian, the numbers of whom are unknown. In addition, it is estimated that approximately 120,000 Christian migrant workers (mainly from the Philippines) and asylum seekers (mainly from Eritrea), live in Israel. These Christians live not in Arab towns but in Jewish neighborhoods, part of the daily life of the Jewish majority.  They work in mainly Jewish workplaces, the children study in Jewish schools, and they are often fully integrated into the fabric of Jewish Israeli society.  While the Christian communities in Israel are numerically small, their traditions vary widely, and they greatly enrich the diverse fabric of life in the Holy Land.

Given the central role played by Christians and Christianity in Jewish Israelis’ past and present, we believe that Israeli Jews need to be knowledgeable about and sensitive to their Christian neighbors and Christian traditions.  The Israeli education system, however, pays scant attention to this important theme. There is little material in Hebrew on the subject and teachers lack the basic information necessary for understanding and appropriately conveying this topic to their students. For example, more attention needs to be paid to the birth of Christianity in the history curriculum and care needs to be taken that Christianity is not only taught in the context of Christian persecution of Jews.  Furthermore, teachers who have Christian students in their class (and today that is a reality in many secular Jewish schools) need to be aware of their specific needs and perspectives.  Not surprisingly, Christian children are likely to interpret Jewish scriptures differently, topics such as the Crusades need to be taught with sensitivity and Christian students may view the holy sites through a different lens. All of that is above and beyond the basic understanding that they stay at home for Christmas and Easter.

For this reason, JCJCR prioritizes teaching courses designed to sensitize teachers to Christianity and the local Christian population.  These courses focus on basic Christian concepts and history.  They also introduce teachers in training to the various Christian communities residing in the Holy Land and their heritage.

This opens up an entirely new world of knowledge and students in our courses respond very positively.  One Secular Yeshiva student summed up her experience: “Until now Christianity and the meeting with Christianity was part of the experience of being abroad, and now Christianity is part of the Israeli reality for me.” A student teacher wrote: “I learned that the textbooks we use are not very accurate and as a teacher, I need to closely examine them and to pay attention to the prevailing narrative within the text.  This course was the most amazing one I’ve had this semester; it left me with knowledge and new awareness of the issues-I really loved it!” Another student teacher put it this way: “This course should be required for everybody studying history at the College.”

The work of the JCJCR, therefore, makes a key contribution to the mission of the Rossing Center by promoting respect for and understanding of the different religious, ethnic and national groups in the Holy Land and, as such, enhancing relations between the diverse groups that live here. 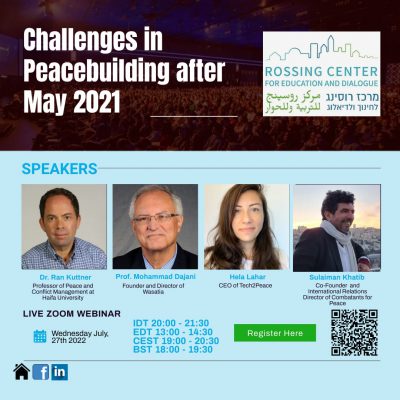 Challenges in Peacebuilding after May 2021

How have the events of May 2021 affected peacebuilding efforts? How has the field coped with those challenges? What can we learn from these events to work more strategically and more successfully? Are there new opportunities which have arisen?

From Separation to Inclusion – The Rossing Report July 2022

As a parent who raised three children in Jerusalem, I insisted that they engage in some type of interreligious or Israeli-Palestinian dialogue initiative before they graduated from High School. Had I not placed such a condition, my children would have had no contact with the ‘other’ before starting their adult lives. 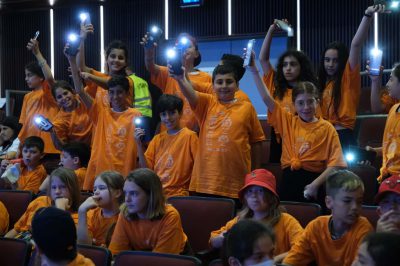 1200 Jewish, Muslim and Christian students from 38 schools in Israel gathered at the Sabach el-Shir (Morning Song) Event, to celebrate 16 years of the “Dialogue and Identity” project and to sing “Seeing Eye to Eye” written in Hebrew and Arabic for the occasion. 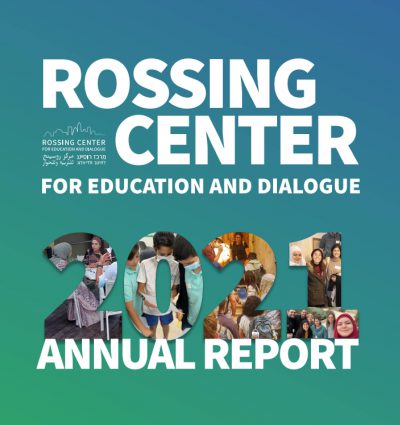 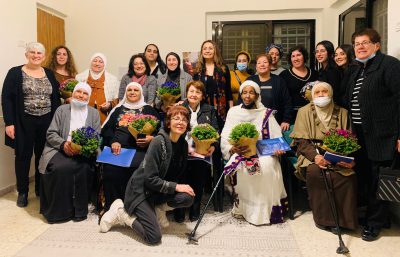 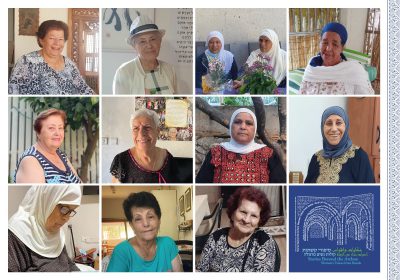